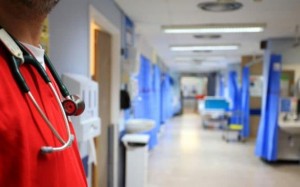 A diagnosis that can cause debilitating fatigue, pains and even death is now being cured with use of the stem cells. Doctors in Chicago say they found a way to help patients with a sickle cell disease.

The inherited illness affects approximately one out of 500 African Americans.

Felita Sims, a teacher from Waukegan, inherited sickle cell from her father.

“I actually had a father that passed away from sickle cell, so,” she said.

“Oxygen is being sucked out of you so it stops you from moving, from breathing, sometimes it feels that way,” Sims said.

The disease causes red blood cells to become crescent-shaped, like a sickle. This cell shape prevents sufficient delivery of the oxygen to the body and the internal organs. As a result – patient may experience excruciating pain attacks, organ failure and death.

“At the end of the day, people die. The average length of life of patients with sickle cell disease in the United States is about 50 years of age,” said Dr. Damiano Rondelli, hematology/oncology, UI Health.

Now a less risky treatment is offering a cure. Sims is part of a clinical trial at UI Hospital in Chicago in which normal stem cells from a sibling are transfused into those with the disease. Sim’s donor is her sister.

The procedure allows the healthy cells to take over, shutting down the production of the misshapen cells.

The end result is no sign of sickle cell disease. The treatment is also easier on the body because it is chemotherapy-free.

Kamia Hearns-Quinones had the experimental procedure about three years ago.

“I feel like I have a new lease on life,” she said.

She said within two months she knew it was working.

Twenty people have had the transplant in Chicago so far, and 80 percent remain disease-free.

”With all the news that has come out this year on new potential therapies, it makes me wonder where we will be in 3 – 5 years,” Scott Wolf, CEO of Grace Century says.

Both Sim and Hearns-Quinones said they are now sickle cell free. Chicago is the first site to try this procedure since it was initially tested by the National Institutes of Health. Next researchers want to find a way to make it work with donors who are not sibling matches.