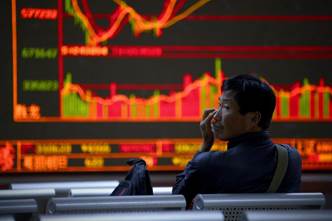 Commentary on the U.S. election, by an American

The election is finally over and Donald Trump will be moving into the White House in January 2017, but what potential impact will his win have on markets and the economy?

Many experts anticipated a Clinton win and viewed this as a market positive.

Had that been the outcome, it was expected that markets would rally, as a Clinton presidency would have been widely viewed as a continuation of the status quo.

While both candidates had advocated a renewed look at protectionism, Trump’s proposals have been widely viewed as “violently” more extreme.

It remains to be seen whether his hard-line policies could seriously rattle markets or if he even maintains his stance, as up until a few years ago, he was in the other camp as a democrat!

Trump’s plan for the US economy

If Trump’s proposed plans to roll out new trade tariffs become a reality, this could be bad news for US equities going forward, as a high level of protectionism is likely to inhibit productivity growth. Trump has already spoken about how he would like to raise tariffs on Chinese and Mexican goods to protect US jobs. He has also threatened to tear-up NAFTA, the free trade deal between the US, Canada and Mexico.

In addition, he has infamously declared he would make Mexico pay for a border wall between it and the US

While he advocates greater infrastructure spending, he is also backing significant tax cuts. However, it is feared that any substantial curtailing of tax receipts could drive inflation up sharply, which in turn would be likely to lead to higher interest rates. In such a scenario, the strongest reaction would most likely be felt in emerging market assets, given that most developing nation?s companies generally borrow in US dollars, so an increase in the value of the greenback means a greater debt burden for these countries.

The GREAT news, In our view, is that  this has absolutely no effect on our Grace Century projects, as theprojects are in healthcare, private firms and non-correlated to the markets. The stronger greenback further enhances Grace’s projects, since they are based in USD.

Of course, despite the uncertainty surrounding his tenure, the big question is whether he would get any of policies passed by Congress. The President’s powers are checked by the legislative and judicial branches of the Federal government. However, with that said, It looks as if both the House and Senate have gone Republican. This could be a blessing , where Trump could accomplish much without a gridlocked Congress, or it could be bad. Regardless, it’s only happened three times where a new President didn’t have at least one branch of opposition. Many major changes that Trump may want to make needs the backing of both houses of Congress, as stated, it is comprised of the House of Representatives and the Senate. This passage is now open. Trump could also accomplish some major changes through the executive powers of the President to implement and enforce existing laws (including repealing existing executive orders signed by President Obama that regulate numerous sectors of the economy).

Again both our projects are non-dependent on Obama care or other possible changes.

The President is Commander in Chief of the Armed forces. Although this power doesn’t extend to raising additional budget for the military and long-term military action, it is subject to Congressional approval under the War Powers Act, Trump has pledged to boost military spending by tens of billions of dollars, increasing the number of fighter planes, active troops and Navy ships.

Investing in US shares

Given Trump’s victory, the consensus view is that there is now a greater amount of market risk to contend with. Personally, I again view this as an opportunity to buy low. One must think like summer in winter.

Despite Trump’s win, which could cause a market pull-back, investing should always be viewed as a long-term undertaking.