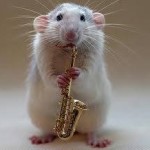 La Jolla, California – Monday, May 19, 2014, 10:00 Hrs [IST]
Mice crippled by an autoimmune disease similar to multiple sclerosis (MS) regained the ability to walk and run after a team of researchers led by scientists at The Scripps Research Institute (TSRI), University of Utah and University of California (UC), Irvine implanted human stem cells into their injured spinal cords.

Remarkably, the mice recovered even after their bodies rejected the human stem cells. ?When we implanted the human cells into mice that were paralyzed, they got up and started walking a couple of weeks later, and they completely recovered over the next several months,? said study co-leader Jeanne Loring, a professor of developmental neurobiology at TSRI. Thomas Lane, an immunologist at the University of Utah who co-led the study with Loring, said he had never seen anything like it. ?We?ve been studying mouse stem cells for a long time, but we never saw the clinical improvement that occurred with the human cells that Dr. Loring’s lab provided,? said Lane, who began the study at UC Irvine. The mice?s dramatic recovery, which is reported online ahead of print by the journal Stem Cell Reports, could lead to new ways to treat multiple sclerosis in humans.